Sixty years ago today-June 5, 1961-Roy Orbison hit the #1 spot in the country for one week with today’s song. His Traveling Wilbury bandmate, Jeff Lynne, covered this track on his 2012 album, Long Wave and it is exceptionally good. But there is only one Roy Orbison and his version is damn near perfect.

“Then all at once he was standing there
So sure of himself his head in the air
My heart was breaking which one would it be
You turned around and walked away with me“.

Day 100.  It needs to be commemorated with a special performance of a phenomenal song.  That leads me to my favorite Beatle, George Harrison.  The year was 1968 and he had just written a staggering song that he felt needed the artistry of another guitarist to complete.  But there was a lot of resistance from the other Beatles as they were not known to have other famous musicians join them for recordings.  George persevered and in his infinite wisdom he asked his friend, Eric Clapton, to play lead guitar for today’s song.  That made him one of only two musicians to work with the Beatles in the studio (the other was Billy Preston who joined the band for the recording of the “Let It Be” album and is featured prominently on the song “Get Back”).  Clapton was a superstar in his own right thanks to the enormous popularity he achieved with the band, Cream.  Even today he is considered to be one of the best guitar players in the world. George’s song became a huge success and finally put him on a level of songwriting with Lennon & McCartney.

Thirty three years later, in November 2001, my favorite Beatle died of cancer at the young age of 58.  A year later, The Concert For George was held in England under the guidance of Harrison’s widow, Olivia and his son, Dhani, also a guitarist.  The musical director for the show was Clapton.  The show featured the two surviving Beatles, Paul McCartney & Ringo Starr, the surviving members of Harrison’s other band, The Traveling Wilburys (Bob Dylan, Jeff Lynne & Tom Petty), Preston and several other musicians who had worked with Harrison on his solo records.

All the music performed was written by Harrison and his son played with the band.  Today’s song features Clapton & McCartney sharing vocals with Clapton playing lead guitar just like he did in 1968.  He also used one of Harrison’s guitars in another sweet tribute to his friend.  I love Clapton and he did an astounding job with this song, giving it everything he has as he always does.  But for me, the best part of the performance is at the end when Harrison’s son pats Clapton on the back for a job well done.  Their exchange is really touching, which is exactly the emotion great music should evoke.

So, George Harrison my favorite Beatle, today’s song is in your honor.  Thank you for the great music, the lessons in spirituality and for helping me discover Clapton through your invitation for him to play on this song all those years ago.  You are loved and missed every single day.

Eric Clapton & Paul McCartney:  “While My Guitar Gently Weeps” from The Concert For George, 2002 (written by George Harrison in 1968), 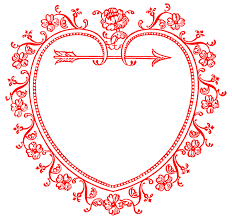