Today marks the 77th birthday for one of the greatest frontmen to ever strut across a stage, Mick Jagger.  He and The Rolling Stones have been making music together since 1962.  It all started when Jagger met fellow bandmate & co-songwriter, Keith Richards, and both men realized they had similar musical tastes, citing blues legend Muddy Waters & rock & roll master Chuck Berry as inspirations.  The name of their band even came from a Waters song.

There is not much left to say about a band that has been around nearly 60 years.  They have played with all their heroes, released 25 albums here in the states (23 in the U.K.), had countless hit songs and continue to tour as recently as 2019.  I love so many of their songs but really love the covers they have done of their favorite blues numbers.  When the Stones closed out the American leg of the Steel Wheels Tour in December 1989, the show was broadcast via a pay per view concert from NJ that featured guest stars like Axl Rose & Izzy Stradlin of Guns N’Roses, blues legend John Lee Hooker & Eric Clapton, who joined the Stones on stage for today’s song.  He absolutely slayed it with two unbelievably sublime guitar solos (and did so while looking breathtakingly gorgeous), with the second one featuring a call and response exchange with Jagger and his harmonica.  As The Stones song goes, it’s only rock & roll, but I like it. 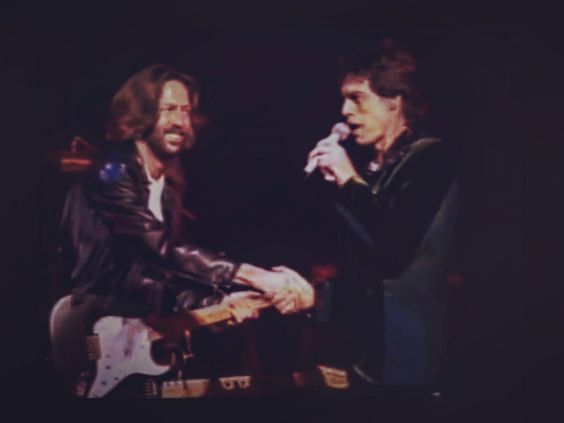