We have hit another benchmark as we are now at day 150 of the pandemic.  Wow.  So let’s commemorate it with an extra special song & singer to make it easier to realize the five month mark.

Otis Redding.  Otis Redding.  Otis Redding.  My heart belongs to this beautiful talented singer with the most intense, passionate & soulful voice I ever heard.  I swoon over every single note of his music each time it is played.  When I really need an Otis fix, I watch his Monterey Pop Festival performance from 1967 where he literally stole the show from the likes of Jimi Hendrix, The Who, Jefferson Airplane and other well established musical acts.  Redding’s music has been featured in movies like “Dirty Dancing” (“These Arms Of Mine” & “Love Man”), “Love Actually” (“White Christmas”), “Platoon” (“Dock Of The Bay”) and in TV shows like “The Sopranos” (season 2 episode 9 featured “My Lover’s Prayer”) and in the original “Magnum, P.I.” (season 7 episode 16 featured “Try A Little Tenderness”).  Today’s song, which is included on the album, “Otis Blue/Otis Redding Sings Soul”, arguably his best album released in September 1965, was featured on “The Wonder Years” in season 1 episode 6 where Kevin & Winnie danced to it at a school function.  Only Redding’s music could make a show as great as that one even better.

“I’ve been loving you a little too long
I don’t want to stop now, oh
With you my life
Has been so wonderful
I can’t stop now“.

Otis Redding:  “I’ve Been Loving You Too Long” (1965, written by Otis Redding and Jerry Butler).

It was 39 years ago today that this channel premiered and music was never the same again.  A station dedicated to letting the world see the music (and the people behind it) as well as hear it was revolutionary.  The rotation began with maybe 10 videos but that did not prevent me from watching it non-stop for hours at a time.  Music videos changed the game for fans and the industry alike.  But unlike streaming that has caused artists to lose control of their own copyrighted material in addition to their earnings, MTV was a money mother lode for anyone willing to climb on board the novel concept.

At first it was newer artists that appeared frequently on the channel, but eventually everyone jumped on the bandwagon.  Some ran with the concept-Hall & Oates, Huey Lewis & The News, Billy Squier, Michael Jackson-to name a few.  Soon even my heroes were embracing the genre.  Remember a pre-“Friends” Courtney Cox’s fancy footwork with Bruce Springsteen in the “Dancing In The Dark” video?  Or watching Eric Clapton’s beautiful hands play fiery solos on his Strat while singing “Pretending” in the pouring rain?  Or an elegantly dressed Marvin Gaye extolling the benefits of “Sexual Healing”?  Videos from other 1970’s artists followed including Elton John, Rod Stewart, Steve Winwood and a host of others who welcomed and embraced the new MTV audience.

Vintage clips of great musical moments were featured like the Beatles first appearance on “The Ed Sullivan Show”, performances from the 1967 Monterrey Pop Festival and the 1969 Woodstock concerts as well as the live broadcast of 1985’s “Live Aid” show from both America & the U.K.  Suddenly our living rooms were front row seats to the best music had to offer.  And thanks to directors from the TV & movie industries getting in on the trend (“Dressed To Kill” director Brian De Palma was the man behind Springsteen’s first clip), by the end of the decade and into the 1990’s videos became an art form.  The “Unplugged” series introduced us to the more intimate side of live performances.  Other music stations including VH1, BET and FUSE followed, but none compared to the original and its level of cool.

If there is one song that defined the early years of the MTV phenomenon, it is today’s.  While the references to homosexuals are outdated & considered offensive in this era of acceptance, and the once ground breaking channel is merely a reality show based venue in these days of YouTube and Instagram stories, this song still has the power to instantly transport those of us who were there at the beginning to the excitement of the new medium.  And to the poor choice some people made to wear sweatbands in their videos.

The next singer on the countdown had what I believe was the greatest voice EVER.  No one before or since can sing a song with such a heart wrenching achingly impassioned vocal that was Otis Redding’s signature sound.  His talent for writing songs was also phenomenal, as he either wrote or co-wrote such classics as “Respect”, (Sittin’ On) The Dock of the Bay”,  “I Can’t Turn You Loose”, “I’ve Got Dreams To Remember”, “These Arms of Mine” and the #2 song on the countdown, “I’ve Been Loving You Too Long“.

Co-written with Jerry Butler and released in the spring of 1965, the song hit #2 on Billboard’s R&B chart & #21 on its  Hot 100 chart, giving Redding his first hit song.  The lyrics are simple, straight forward yet unbelievably powerful in Redding’s pleading vocal:

“My love is growing stronger, as you become a habit to me
Oh, I’ve been loving you too long
I don’t wanna stop now”

This song is ranked #110 on Rolling Stone’s 500 Greatest Songs of All Time list, with Redding ranked at #8 on their list of the 500 Greatest Singers of All Time.  If you have never heard this man’s glorious voice or this song, please listen to it now.  You have been denied this gift long enough.

Or better yet, watch Redding’s entire performance from 1967’s  Monterey Pop Music Festival.  This song comes on at the 6:53 mark, but all 5 songs Redding delivers in his high energy persona are worth the watch (not to mention a glimpse of Booker T & the MG’s and the Mar-Keys providing the music to his phenomenal show) .  If you have never seen any part of this performance, it will change your life.  Nothing I write will come close to describing this legend of soul.

Redding was inducted into the Rock & Roll Hall of Fame in 1989 by Little Richard.

In the blog featuring the #10 song on the countdown, I wrote that the end to Jackie Wilson’s story was one of the saddest in music.  Well, Redding’s is the first, in my humble opinion.  His entire music career took place by the time he was 26 years old, with the exception of his only #1 record which hit that spot several weeks after his death (for “Dock of the Bay”, which also earned Redding two posthumous Grammy Awards for Best Male R&B Performance and Best R&B Song).  Add to that the fact that Redding left behind a young wife, three very small children and only gave us a glimpse of what his voice could have done for the world throughout his future career, and the story is almost too sad for words.

Redding died in a plane crash in Wisconsin’s Lake Monona on December 10, 1967.  Five members of his touring band, the Bar-Kays, were also killed.

I have been to the R&R HOF twice since it opened, and while I loved the history of it all and the spectacular artifacts on display to help illustrate the story that is rock & roll, it was unbelievably daunting to come thisclose to the display showcasing parts of the twin-engine Beechcraft plane wreckage Redding was killed in.  The fact that we have lived without his voice for almost half a century is heartbreaking enough on its own.

At least we had him for a little while.  What a gift he was to music. 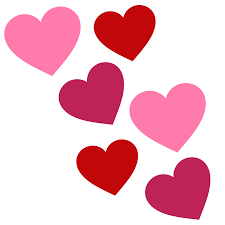