I am somewhat amazed that it took me until the eight month mark to get to a song from one of my favorite albums, “After The Gold Rush” by Neil Young. Of course I have played a few songs by him already but none from that work of art. So I will do that today, in honor of his 75th birthday.

Born Nov 12, 1945 in Toronto, Ontario, Canada Young dropped out of high school to pursue a career in music. He met Stephen Stills in Ontario in the mid 1960’s when he was there on tour with one of his early bands. Then Young met fellow Canadian Joni Mitchell when both were writing two of their finest tracks. Legend has it this is when Young wrote “Sugar Mountain” about his fleeting youth (supposedly he wrote it in 1964 on his 19th birthday). Mitchell has said she wrote “The Circle Game” (Day 55). to help him cope with his growing pains. Around this time a local band, The Guess Who, recorded Young’s song, “Flying on the Ground is Wrong”. He spent the rest of his time in Canada as a solo artist and as a member of The Mynah Birds with future R&B singer, Rick James.

Young relocated to Los Angeles around 1966 and met up with Stills in the Laurel Canyon music scene of the 1960’s. The two formed Buffalo Springfield & had a major hit with 1966’s “For What It’s Worth”, a song credited as one of the first ones to combine folk rock with country rock. But the group had several problems going on behind the music and Young felt confined within a group setting so when the band split up he returned to his solo work. He released his self-titled album in early 1969 followed by “Every One Knows This Is Nowhere” later that year. Both records focused on Young’s electric sound with the second featuring “Cinnamon Girl”, “Down By The River” and “Cowgirl In The Sand”.

It was around this time that Young again reunited with Stills in his new band which was renamed Crosby, Stills, Nash & Young. They performed at Woodstock but Young missed one set & refused to be filmed for the other, allegedly because he was in the US illegally (he did not get his green card until 1970). When the band was recording “Deja Vu”, Stills & Young fought frequently over the sound of the band. But they managed to put aside those differences long enough to record his song “Ohio” in May 1970 in response to the Kent State shootings. After that Young left the band for good and went on to his enormously successful solo career.

It began in earnest 50 years ago with 1970’s “After The Gold Rush” which was highlighted by his move to a more acoustic driven sound. Thank goodness for that shift because it continued with the next release, 1972’s “Harvest” album which contains his masterpiece, “Heart Of Gold” (Day 24). But “Gold Rush” has several gems including “Tell Me Why”, “Southern Man”, “Don’t Let It Bring You Down”, “I Believe In You”, the title track and today’s pick. It is another of Young’s heartbreakingly beautiful ballads that just takes hold of me and will not let go. They make my heart hurt for all the right reasons, especially today’s song.

“I have a friend I’ve never seen
He hides his head inside a dream
Someone should call him and see
If he can come out
Trying to lose the down that he’s found“. 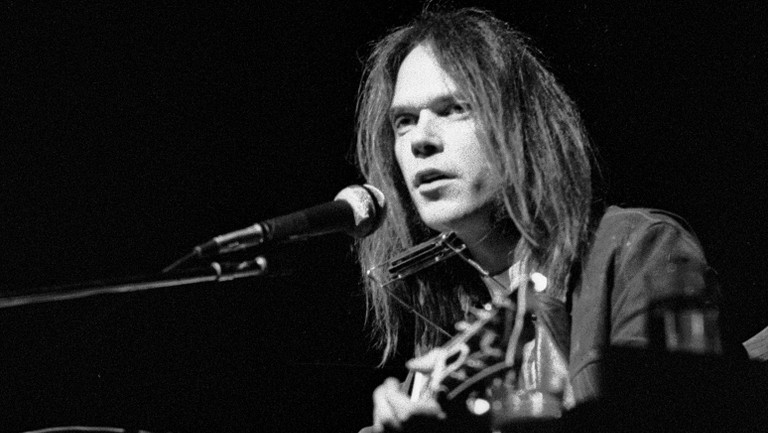