The next song on my list is dedicated to my mother who was a big fan of the singer in the #10 spot on my countdown.  His dance moves on stage earned him the nickname “Mr. Excitement” by some and “the black Elvis” by others. But make no mistake:  This man had a voice like no one else before or after him.  The singer?  Jackie Wilson.  The song?  “(Your Love Keeps Lifting Me) Higher & Higher”.

Reaching #6 on the charts in 1967 & written by Gary Jackson and Carl Smith, rumor has it that Wilson recorded the vocal track for this song in one take.  If that is true, it is an incredible testament to his magnificent voice and talent.  He had an astonishing 47 R&B hit songs from 1958 to 1973.  They ran the gamut from ballads to dance tunes to true soul numbers. He was so popular overseas in 1963 that the Beatles opened for one of Wilson’s shows.

“Higher & Higher” is as close to perfect as a song gets, from its perfectly delivered lyrics, to its great impossible-to-sit-still-to-so-get-up-and-move beat, to the incredibly pristine horn arrangements, to the fantastic bass line, to the polish of the entire production. There are not too many love songs like this one, probably because there are not too many performers like Wilson.

His exuberant stage performances were copied by the likes of James Brown, Michael Jackson and Bruno Mars, to name a few.  But no matter how great his dance moves were, nothing compared with the range, power, intensity and considerable passion of Wilson’s voice.

Sadly, that voice was silenced in 1984 when Wilson was just 49 years old.  He became incapacitated after suffering a heart attack on stage in 1975 and spent his remaining years in a nursing home.  As was unfortunately common practice in the early days of Rock & Roll, Wilson died virtually penniless due to the machinations of his record company and manager.  The end of Wilson’s story is one of the saddest in music history.

He was inducted into the Rock & Roll Hall of Fame in 1987 by Peter Wolf of the J. Geils Band.

Notable covers of “Higher & Higher” have been done by Dolly Parton, Rita Coolidge, and Rod Stewart.  But my favorite cover is by one of my heroes (and future husband, if God is listening), Bruce Springsteen.  He started playing this song live with more and more frequency in the last decade, usually as one of his encores.  He and the E Street Band gave it everything they had in this clip from one of their shows in 2009. 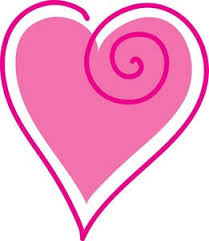