Song #9, like #10 before it, is also a soulful upbeat love song, but this one has the distinction of actually being the #1 hit song on Valentine’s Day in 1972.  It is “Let’s Stay Together” by another one of my all time favorite soul singers, Al Green.

I had the honor of seeing Green in concert almost a decade ago, and he is every bit the phenomenal performer live that he is on TV when he is blowing the roof off of the Ed Sullivan Theatre during one of his numerous yearly performances on “The Late Show With David Letterman” (just one more reason to be despondent over Letterman’s impending retirement).

Green’s remarkable voice exudes the exquisite beauty and polish of Sam Cooke, the passion and raw emotion of Otis Redding and the power and sophistication of Jackie Wilson all rolled into one.  Add to that equation one of the most sublime falsetto voices ever heard and there you have the genius of this utterly superb performer.

He wrote the lyrics to “Let’s Stay Together” and the music was written by Al Jackson, Jr. (drummer for Booker T & the MG’s) and producer Willie Mitchell.  The words are so simple, yet so powerful and direct.   I do not know about Green’s mindset today, but when he wrote these lyrics he clearly was a man devoid of any intimacy issues:

“Let me say that since, baby, since we’ve been together
Loving you forever is what I need
Oh let me be the one you come running to

Rolling Stone ranked this song #60 on their list of the 500 Greatest Songs of All Time.   In 1995 Green was inducted into the Rock & Roll Hall of Fame by Natalie Cole.

In 1976 he became a reverend and nearly every Sunday he can be found giving the sermon at the Full Gospel Tabernacle Church in Memphis, TN. The services are open to the public and even though I have seen Green live, seeing him at the pulpit of his own church is on my bucket list. 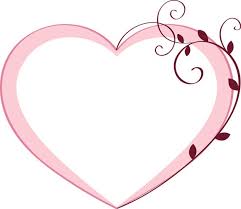