There are two songs tied for the #7 spot on the countdown, so we will look at them individually.  The first one comes from a man who is considered by some as not only the inventor of soul music, but the genre’s most distinctive voice as well:  Sam Cooke with “You Send Me“.

This song, penned by Cooke but credited to his brother LC Cook to keep record executives from taking the profits, hit #1 in December 1957,  ending Elvis Presley’s 7 week run in the top spot with “Jailhouse Rock”.

Crooning is what Cooke does throughout this song, using his smooth sophisticated voice’s range to lure the listener into his story of how his feelings came to be (and he even uses the M word):

“At first I thought it was infatuation
But oh, it’s lasted so long
Now I find myself wanting
To marry you and take you home”

Cooke’s roots began in gospel music, but with the success of this song he became fully emerged in secular music. Then he used what he learned to help some other singers crossover from the gospel genre as well, including Lou Rawls who returned the favor by singing on Cooke’s song “Bring It On Home To Me“.

Singing, songwriting and producing records were not the only parts of the business Cooke was interested in. He was one of the first performers to take both artistic & financial control of his career and eventually started his own publishing company and record label.  He also has the distinction of writing a song that went on to become an anthem for the Civil Rights movement, “A Change Is Gonna Come“.  It has been covered by both black and white artists from Otis Redding, Al Green, Aretha Franklin and Bob Dylan, who inspired Cooke with his song  “Blowin’ In The Wind“.

1964 started on a somber note with the country still mourning the assassination of President Kennedy.  Unfortunately, the year also ended the same way as the country mourned Cooke’s tragic death on Dec 11 at the age of 33 after being shot at a Los Angeles motel.  His murder was eventually ruled a justifiable homicide.  The events of that night have been revisited several times over the last five decades to bring his friends and family a better understanding as to what actually transpired the night Cooke was shot.  Whatever it was does not change the outcome because there was nothing justifiable about the loss of this soul music renegade.  It was a heartbreaking ending to a stellar career.

Sam Cooke was inducted into the Rock & Roll Hall of Fame at its first ceremony in 1986 and Rolling Stone Magazine ranked him 4th on its list of the “100 Greatest Singers”.  His music has been featured in several movies over the years, but is most recognizable from “Animal House” (who can forget John Belushi’s character Bluto eating his way down the cafeteria line to “(What A) Wonderful World“) and “Innerspace” (Martin Short & Dennis Quaid dancing to “Twistin’ The Night Away“).

The other song sharing the #7 spot on the countdown is by a man referred to as one of the greatest singers of all time, and I cannot express it any better than that.  The singer is Van “The Man” Morrison with his song “Have I Told You Lately“.

If you cannot tell, I love words, and this song has some of the most beautiful ones ever set to music:

“You fill my heart with laughter
Somehow, you make it better
Ease my troubles, that’s what you do”

Just stunning.  And the music and delivery are perfect, too, completing the holy trinity hallmarks of a great song.

Even Rod Stewart became choked up with emotion and when he sang his cover of the song on “MTV’s Unplugged” in 1993.

There really is not a genre of music Morrison has not explored with his voice, and that coupled with his immense talent has influenced performers like the Counting Crows, Bob Seger, U2, Bruce Springsteen and The Band.  In fact, that was a bit of a mutual admiration thing as evidenced by Morrison’s part in their swan song movie, “The Last Waltz“.   My favorite performance of his in that movie?  Caravan.

It was one of the members of The Band, guitarist and songwriter Robbie Robertson, who inducted Morrison into the Rock & Roll Hall of Fame in 1993.  In his induction speech, Robertson said of Morrison:  “…in the tradition of the great Irish poets and the great soul singers, he is the Caruso of rock and roll”.  Compliments do not get much better than that.  And Rolling Stone Magazine ranked Morrison 24th  on its list of the “100 Greatest Singers”.

SIDE BAR:  Today is the 2015 Grammy Awards and for the first time in more than three decades I will neither be watching the show nor saving it to my DVR.  The only performances I would want to see from the broadcast are Hozier’s with Annie Lennox and Tony Bennett’s, but I can just look them up on YouTube tomorrow.

But I am happy to see super-talented singer/songwriter/musician Ryan Adams up for best rock song (“Gimme Something Good”) and Best Rock Album (for his self-titled release).  Tom Petty and U2 are also nominated in the latter category but I do not think either of them will be there to accept if they win, if that award is even broadcast.

Same holds true for the Best American Roots Performance, which is usually announced before the telecast.  Gregg Allman & Taj Mahal are nominated for their collaboration on “Statesboro Blues”, from “All My Friends: Celebrating The Songs & Voice Of Gregg Allman”.  Keb’ Mo’ Featuring The California Feetwarmers is nominated in the same category for “The Old Me Better” from the album “BluesAmericana”, which is also up for Best Americana Album.

“Twenty Feet From Stardom” is nominated for Best Music Film, and if you like music, this is a must see.  If you never saw “Standing In The Shadows of Motown” either, add that to your Netflix queue NOW.  The history and performances are way too good to miss.

I do like Sam Smith-this decade’s Rick Ashley-who is up for a slew of awards including Record, Song & Album of the Year, but not enough to sit through the boring list of  performers (and speaking of boring, weren’t we all just forced to sit through a very over-hyped lackluster Katy Perry half-time show?)  Shouldn’t her involvement tonight be limited to presenter only?

Let’s make it a rule-rather, a law-that a bubble gum pop princess who is too busy with her make up commercials to learn how to sing well should only be allowed to play one event per month.  Same rule should apply to anything-but-reality people and hosts (yes, Adam Levine, this includes you and your face stubble.  Don Johnson called and said it’s over, move on already!!!).

I am actually refusing to watch this year (read:  BOYCOTT) because the industry is continuing to change for the worse. Between Miley Cyrus even being nominated (and for her entire album no less-UGH) to that irritating trite Meghan Trainor “Bass” song (isn’t it perfect to become part of a new Big Mouth Billy Bass singing fish in the not so distant future?  How they got the rights to songs such as “All Shook Up”, “Don’t Be Cruel” and “Take Me To The River” in the past is beyond me).

I am a music purist so for me the rules are simple:  If you make bad music PLEASE STOP NOW before someone gets hurt (do you hear me Miley, Meghan, Gwen, Katy, Maroon 5 and the Black Eyed Peas, whether as a group or individually, for starters).  If you make good music please don’t sell out to hear it in a TV commercial.  It demeans us all.  I do not want nor do I expect to hear decent music used in commercials with the exception of car ads.  Those seem to leave the songs virtually intact with some redeeming qualities to them.

A good example from this year:  Bobby Day & the Satellites’ “Beep Beep Beep” used in a Kia Sorento spot.  Some bad examples:  The Who’s “I’m Free” in a local cable commercial ad & the Kinks selling yogurt with “All Day & All Of The Night”. The worst use of a phenomenal song to sell ANYTHING:  The Allman Brothers’ exquisite “Midnight Rider” as part of the Geico campaign (one more reason why that that dippy little gecko needs to disappear!!!).

But to be honest, the biggest reason why I will not watch the Grammy Awards is because I prefer to remember Sir Paul McCartney, a freaking Beatle for God’s sake, the way he was……before he chose to collaborate with the ego-maniacal Kanye West (or did West kidnap McCartney and torture him until he said Uncle?  That would make this easier to swallow, not to mention understandable).

Whatever possessed Sir Paul to even appear at the same award show as West is belittling enough to us Beatles fans, but actually working with that poor sport brat is so over the line it has now been eradicated.  I did not think anything could top the colossal lack of judgement U2 showed several years back when they decided to let no talent No Doubt open for them for a leg of the tour.  I am still wearing black and taking mood stabilizers from that debacle.  But this Sir Paul misstep may require me to go on a 72 hour suicide watch with round the clock doses of ECT treatments.

But it does make me profoundly sad that the longest tradition of my life is coming to an end after 30 years.  Music is so important to me & continues to be that.  It is a part of me, like a dear old friend.  I have looked forward to the Grammy Awards ever since I was a kid.  I loved getting the chance to finally see my favorite singers on TV (as this was the pre-music video & pre-internet age-yes, I know I am old!!!) and the outfits they wore, what collaborations they would participate in and what songs they would perform.

My favorite Grammy moment ever?  Aretha Franklin’s performance of “Nessun Dorma” in 1998.  Unbelievably gorgeous. Some of my favorite collaborations (“London Calling”  with Bruce Springsteen & friends; “The A-Team” by Ed Sheeran & Elton John; “Across The Universe” introduced by the sinfully gorgeous Anthony Lapaglia) and salutes to some of those who died (Solomon Burke, Warren Zevon &  Levon Helm’s tributes).

Here’s to hoping the 2016 Grammy Awards are something worth tuning in for. 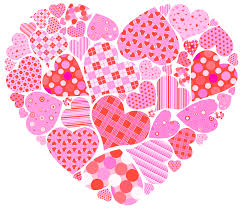