With Valentine’s Day approaching, I thought I would share a few of my favorite love songs.  No surprise there.  But this year, to change things up a bit, I thought I would also share some songs for those who are not fans of this holiday.  Let’s call those the anti-love songs, if you will.  After all, everyone deserves to be happy and to listen to great music, right??? 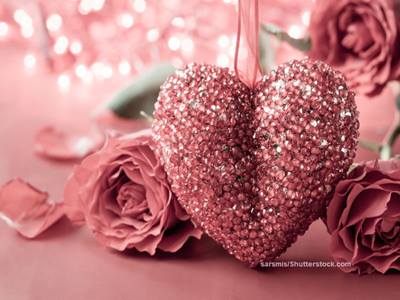 Let’s start with the songs that celebrate the grand emotion.  Here are five of my favorites:

The Beatles changed the world and Lennon-McCartney songs were the nucleus of that success.  But this song written by George Harrison is the best love song the group ever made.  Period.

***Bonus:  Bruce Springsteen performed a gorgeous acoustic version of this song in 2001 days after George Harrison’s death.  A kind wonderful soul who was lucky enough to attend that show posted the audio portion of it on YouTube.  It is too beautiful not to share.

It’s Elvis, singing a beautiful love song.  What more could I possibly add???

“I swear I’ll drive all night again just to buy you some shoes
And to taste your tender charms
And I just want to sleep tonight again in your arms
Oh yeah, oh yeah.”

This song may be number 82 on Rolling Stone’s “100 Greatest Bruce Springsteen Songs of All Time”, but it is in my top five.  I sa-woon every single time I hear this unbelievably beautiful soul filled song full of pure unadulterated love and passion.  A classic and one of the highlights of his 2016 “The River” revisited tour.

David Clayton Thomas has one of the best voices to come out of any era, and one of the most underrated ones as well.  I have no clue why that is.  But between his powerhouse vocals to the booming brass accompaniment, this song is one for the ages.

A sweet pure simple song about love and sharing what;s really important (“I want to rock you in my arms all night long…….I want to show you the peaceful feeling of my home“).

Now, here are five of my favorite anti-love songs:

The title and the use of gas masks in the video say it all.  And so does Adam Sandler’s anger ridden performance of this song in “The Wedding Singer“.

A man attempts suicide to avoid marriage.  What else is there to add???

3. Fleetwood Mac:  “Go Your Own Way” (1976, written by Lindsey Buckingham in 1976).  The first single off the now classic “Rumors” album and the one that details Buckingham’s anger toward his ex-girlfriend Stevie Nicks by announcing to the whole world on a record and in every concert performance what she wanted instead of him (“‘Packing up, Shacking up is all you want to do“).   Ouch.

Break ups are hard enough, but when your ex leaves you for his ex, it cuts especially deep.

The Everly Brothers may have recorded this song first, but Nazareth turned it into a top ten hit, with Dan McCafferty’s vocal making you ache with every note.

“Love hurts
Love scars
Love wounds and mars
Any heart not tough or strong enough
To take a lot of pain.”

What are some of your favorite love or anti-love songs?

I do not own the rights to anything in this post.  I am just sharing what I love with you.