There was an endless array of music available in the mid 1960’s.  There were bands that were part of the the British Invasion, groups from Motown, folk artists which translated into singer/songwriters and good old pop acts.  There was also a group that was just pure soul rock and that was Mitch Ryder & The Detroit Wheels.  Ryder, born William Levise, Jr., with his unbelievable ability to encompass blue eyed soul in his rough bellowing signature voice, is undoubtedly one of the best soul rock singers ever.

He started singing when he was a teenager, greatly influenced by his father, also a musician.  He was the lead singer of two bands in high school and it was the second one that eventually became The Detroit Wheels: lead guitarist Jim McCarty, rhythm guitarist Joe Kubert, bassist Earl Elliot and drummer Johnny Badanjek.  Together they had several hits between 1964-1967 including “Jenny Take a Ride”, “Little Latin Lupe Lu”, “Sock It to Me, Baby!” and today’s song before Ryder left for a solo career.  Unfortunately neither he nor the band achieved the success alone they did as a group.  But together they were a force to be reckoned with.

Ryder also has the distinction of being the last person to ever sing with Otis Redding.  The two men closed a local Cleveland TV show together with a performance of “Knock On Wood” on December 9, 1967.  It was the next day that Redding, four members of his band, The Bar Kays & their valet died in a plane crash with the pilot.

I discovered Ryder through-who else, Bruce Springsteen-when I bought the “No Nukes” concert album in 1979 and heard his cover of what he named the “Detroit Medley”.  It included parts of today’s pick plus two other songs, “C.C. Rider” & “Jenny Take A Ride” before seguing back to the first song to close it out.  This performance, however, was not included in the movie as the powers that be chose three other Springsteen performances for the film:  “The River”, “Thunder Road” & his cover of Gary U.S. Bonds’ 1961 hit, “Quarter To Three”.  But because of Bruce I discovered Ryder & The Wheels which is yet another reason why I love The Boss.

“Wearin’ her perfume, Chanel No. 5
Got to be the finest thing alive
Walks real cool, catches everybody’s eye
Catch you too nervous and you can’t say hi“.

I do not own the rights to anything.  I am just sharing what I love and how am coping with you.

I wanted to share with you a creative way some people are being festive.

I think they are adorable!!!

The singer with the #10 song is my second favorite singer ever after Bruce Springsteen.  More importantly, he is probably the greatest soul singer who ever graced this Earth.  The power of his voice, the passion he sang with, the intensity of emotion he put into every single note is what we remember most about him.  And it sealed his legacy as the King of Soul.

His voice put Stax Records on the map.  His death at the age of 26 on this day 49 years ago was the end of the label, for all intents and purposes.  A month after his death the last song he recorded was released.  Soon after it became the #1 song in the country.  This year his foundation celebrated the 75th anniversary of his birth.

The night before his death, he & his band the Bar Kays (most of whom died with him in the plane crash that took his life), performed “Respect” on a show called Upbeat.  Over the closing credits, he sang “Knock On Wood” with Mitch Ryder.  It is 88 seconds of joy.  Thanks to the Rock & Roll Hall of Fame, you may watch that here.

During his short career, he recorded two Christmas songs.  Ironically enough for me, Bruce Springsteen covered the first one (Merry Christmas Baby).  The second one is today’s pick and by far my favorite of the two. 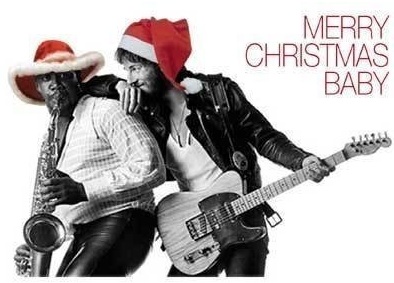