Today in 1987 one of my favorite musical documentaries was released. “Hail! Hail! Rock ‘n’ Roll” took an in-depth behind the scenes look into the life & career of “The Father Of Rock & Roll”, Chuck Berry. The film ended with clips from two all-star concerts that took place in honor of Berry’s 60th birthday in 1986 featuring Etta James, Eric Clapton, Linda Ronstadt and Julian Lennon. The show was organized by band leader Keith Richards with help from guitarist Robert Cray and Berry’s longtime pianist, Johnnie Johnson. The music was without a doubt phenomenal but the glimpses into Berry’s personal life including scenes with his father (who died the year the film came out), other family members and longtime friends gave more weight to Berry’s life. His 94th birth anniversary is in about a week-October 18, to be exact-so today is a celebration of that as well as the movie’s anniversary.

He was born in 1926 & raised in St. Louis, Missouri by his Baptist church deacon father & public school principal mother. Music was an early hobby for Berry who performed at his high school when he was around 15. But when he was arrested for armed robbery just before his 18th birthday, he was sent to a reformatory school until he was 21. It was there he started singing in a quartet.

Berry got married in 1948, became a father in 1950 and soon after began playing in local clubs with various bands for extra money while he worked regular jobs during the day. By 1953 he began working with Johnson’s trio, performing R&B and country music. Two years later he met blues great Muddy Waters who encouraged Berry to reach out to Chess Records president Leonard Chess. That led to Berry’s first recording for the label (and his first million seller), “Maybellene”, in 1955. Thus a legend was born.

One of my favorite scenes in the movie is when Clapton & Richards are rehearsing today’s song with Berry and he is having trouble remembering the lyrics. It is from his second studio album for Chess Records, “One Dozen Berrys” released in 1958. The record includes three hits: “Sweet Little Sixteen”, “Rock & Roll Music” & “Reelin’ & Rockin'”. But ever since I saw the documentary, today’s track is the one I enjoy the most.

One of his biggest fans, John Lennon, said, “If you tried to give rock and roll another name, you might call it ‘Chuck Berry’.” Amen. Hail! Hail! Chuck Berry!!! 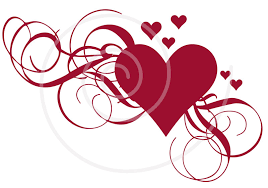