Hello, Vixens!!!  How crazy is it that we arrived at the end of February so quickly?  What did you take away from the second month of the year?

As much as I am settling into my new life here in CT, I am itching to get to some estate sales as I am beginning to have severe & painful withdrawal symptoms.  I cannot wait to go into an old Victorian and dig, dig, DIG!!! 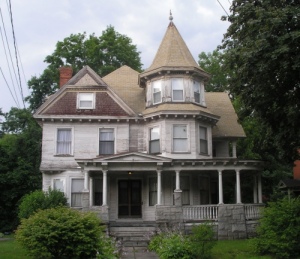 While I bide my time, I am enjoying other activities like my book club meetings.  Last month’s selection was a fabulous read (“Everything I Never Told You“*** by Celeste Ng).  This month we are reading “My Brilliant Friend” by Elena Ferrante.  Have any of you read this one yet? 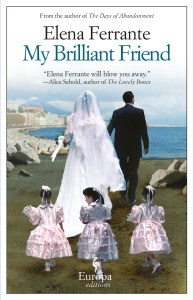 I am thinking of joining a second club through the library.  They read old books by classic authors.  This month’s selection is William Faulkner’s “Light In August”.  I am really looking forward to it because I still remember how mesmerized I was the first time I read “A Rose For Emily”.   Wow.

I reluctantly started watching “Grey’s Anatomy” again, which I swore I would not do after Shonda Rhimes killed off Patrick Dempsey’s Derek McDreamy character.  But the music on that show has always been top notch & mostly from new or lesser known artists, and I love hearing new talent.  A recent song I have fallen head over heals in love with is “Touch” by Sleeping At Last.  Just gorgeous. Whatever type of music you enjoy, I dare you not to adore this song!!!  Can you believe that “Grey’s” has been on the air since 2005!!!  Where have the last 11 years gone?  But I will always love the first three seasons with the original cast the best.  And I still miss the hottest patient ever, Denny Duquette. He almost made me enroll in medical school!!!  Sa-woon!!!

As much as I love TV, I have been stuck in a happy rut of old shows (“Everybody Loves Raymond***”, “The Facts of Life***”, “Reba***, “Roseanne***” and of course my “Golden Girls***”.  But another one of the few prime time shows I watch is “Modern Family” which I am happy to report is still as funny as ever in its seventh season.  It was so great to see new episodes after the holiday hiatus.

Did you hear there is a new biopic about Hank Williams coming out this month?  “I Saw The Light” opens March 25. I am so there.  I love bios on the legends of music, whether past or present.

Let’s review what else happened in February:  Leonardo DiCaprio finally won a Best Actor Oscar (for “The Revenant“), Ed Sheeran finally won a Grammy Award & it was a big one (Song of the Year for “Thinking Out Loud“), I turned another year older and I am still wondering if there will be a sequel to “The Blind Side” since Michel Oher’s team, the Carolina Panthers, lost this year’s big game to Peyton Manning & the Denver Broncos.  But I think it is worth a second movie given Oher has now been to the Superbowl twice, winning a ring in 2013 with his first pro team, the Baltimore Ravens.  That in and of itself makes for a great plot, right?. 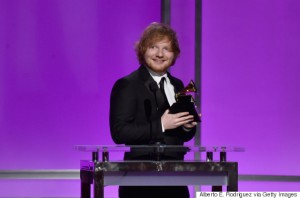 A new movie could also explore the family’s rise to fame due to the success of the movie, how they felt seeing their lives played out on the big screen, meeting the actors who portrayed them and the experience of attending the Academy Awards in 2010.  Plus I would love to see Tim McGraw on the big screen again.  Swoon.  Who is with me 🙂  ???

So what made the second month of the year memorable for you?

Please note that I do not own the rights to anything, but the starred links*** are my affiliate links. I only share what I love and am grateful for the support 🙂   .