Hello, Everybody!!!  Welcome back to the countdown.

Picture it:  Sunday, February 9, 1964.  Four lads from Liverpool were introduced to America thanks to their earth shattering performance on “The Ed Sullivan Show.”  This man was the final piece of the Beatles puzzle.  The last one to join, but the one who set the foundation of the group with every beat of his drums.  As great as the other three were, would “Yellow Submarine” or “With A Little Help From My Friends” have sounded the same if they were sung by John, Paul or George?  No.  Sir Richard Starkey made them all his own.  He began as a poor boy, too, who eventually played his drums for a king.  Just like the little boy in today’s song. 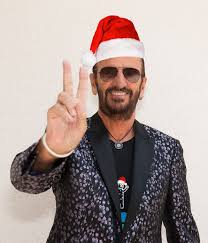 Whether you are celebrating Valentine's Day, Galentine's Day, the eve of a three day weekend or just the fact that it is Friday, ENJOY!!! I am sharing another #thriftedfindsfriday on the blog today. Link in my bio. Please post some of yours. I would love to see them!!! #valentinesday2020 #galentinesday #thankyouanypoehler #lilacsandrustblog
Are you celebrating Valentine's Day or are you denying its existence? Either way I have a song for you on the blog today. Link in my profile. #valentinesday2020 #lovesongs #stupidorsmartcupid #lilacsandrustblog