On September 4, 1964 a group from the UK, The Animals, made their American concert debut when they played a show at The Paramount Theatre in New York City. The next day, they hit the top of the US charts for the first of three weeks with “The House Of The Rising Sun”.

The following year, they had a Top 20 hit in the country with today’s song. On a day where we salute the laborer, I think this track is more fitting. Many of us may work from home now given the pandemic, but work is work, so the premise still holds true. For those days when it all gets to be too much, this one is for you. 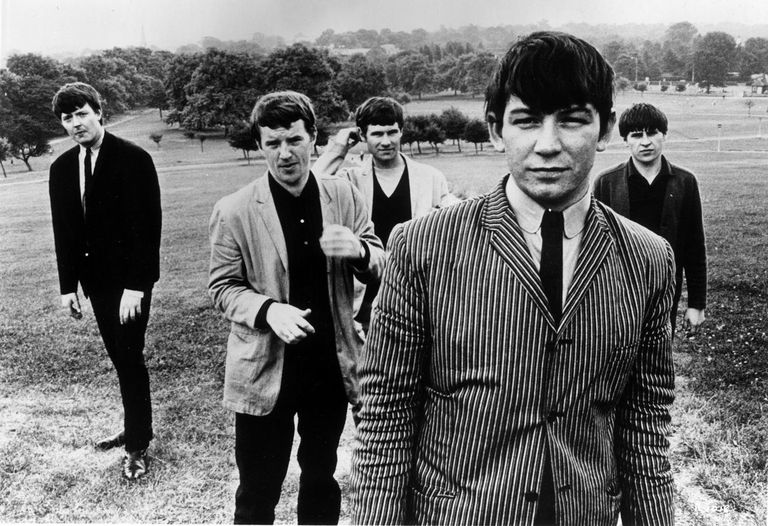 Today is the 80th birthday for a man who has one of the most recognizable bass baritone voices in music, Bill Medley. Born William Thomas Medley in California on September 19, 1940, he started singing in the choir of his Presbyterian church. He was influenced by his parent’s love of swing music as well as artists like Little Richard, Bobby Bland, B.B. King and Ray Charles. Medley met tenor Bobby Hatfield in the early 1960’s when they were in a group called The Paramours. Medley wrote a song that he decided to record just with Hatfield, 1962’s “Little Latin Lupe Lu” for a girl Medley briefly dated. The two men chose the name of their duo after a group of black Marines referred to the duo’s singing voices as “righteous”.

The two men soon began to garner local exposure on the west coast. By the summer of 1964 they opened for The Beatles on their first U.S. tour, made an appearance on the TV show, “Shindig” and then opened for The Rolling Stones American tour in the fall. But it was the duo’s encounter with famed produced Phil Spector at a concert that same year that would change both their careers and their lives. He made a deal with the duo’s label, Moonglow Records, to let him release music under his company, Philles Records. The first song is today’s pick and catapulted the duo to worldwide success. Other hits followed including “(You’re My) Soul And Inspiration” and two others with only Hatfield on vocals, “Unchained Melody” (which remarkably enough was a B-side to “Hung On You”) and “Ebb Tide”.

By 1966 the duo signed with a new label, Verve/MGM, leading Spector to file a lawsuit against the men that was eventually settled. By 1968 the duo broke up but reunited in 1974 and released the top ten hit “Rock & Roll Heaven”. The hits waned after that but the duo’s sound remained part of the mainstream, including Medley’s duet with Jennifer Warnes, “(I’ve Had) The Time Of My Life” from the movie, “Dirty Dancing” and the feature of their song, “Unchained Melody”, in the 1990 film, “Ghost”. Hatfield died in 2003 and Medley recruited singer Bucky Heard to sing the duos songs with him beginning in 2016.

Medley wrote his autobiography, “The Time Of My Life: A Righteous Brother’s Memoir” in 2014.. He said in an interview that today’s song is the most played record in the history of American radio which BMI confirmed in 1999. It is also the best example of Spector’s iconic “Wall Of Sound” production technique. For me, it is simply a gorgeous track with two of the best vocals ever recorded.

“Now there’s no welcome look in your eyes when I reach for you
And now you’re starting to criticize little things I do
It makes me just feel like crying
‘Cause baby, something beautiful’s dyin’“. 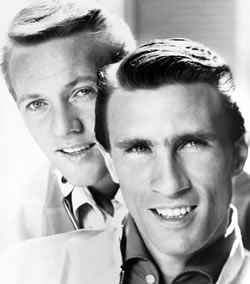 Bobby Hatfield (L) and Bill Medley (R) as The Righteous Brothers circa 1964 (top) and in 2003 at their induction into The Rock & Roll Hall Of Fame (bottom). ((Images found online.  Original sources unknown.)