Hello, everyone. Welcome back to the countdown. 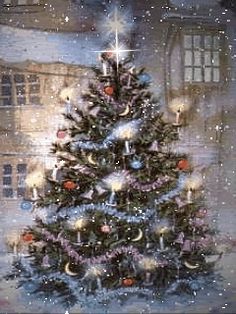 When I was obsessed with the show, “Sons Of Anarchy”, it was not just because of the outstanding acting and writing. I was also completely taken with the music. One of the singers I discovered from the show’s eclectic and intense soundtrack was Jake Smith, better known by his stage moniker, The White Buffalo. Many of his own songs, covers and collaborations with The Forest Rangers were featured throughout the show’s seven seasons. Smith even had the distintion of performing the final song of the series, “Come Join The Murder“.

He is part rock, part roots, part storyteller and part poet, all delivered in a rich raspy baritone voice. The simple elegance of that voice with Smith’s acoustic guitar, usually his only accompaniment, gives you a chance to really appreciate the unique sound & talent of this underrated singer/songwriter. And his introspective tale of holiday memories in today’s song is one nearly every one of us grown-ups can relate to.

“Well I’m so excited I can hardly breathe
But there’s no telling what ol’ Santa got up his sleeve
With him coming I’ll never sleep
Ooh there’s nothing quite like Christmas Eve”.