One of country music’s most iconic & revered singers celebrated a milestone birthday last week. Dolly Parton, who was born in 1946 in TN, turned 75 years young on January 19. She has been a staple in the genre for over 50 years in a career that has seen her cross over into pop & mainstream music, acting, business ventures including her own amusement park, Dollywood, writing books and countless charity endeavors including her reading initiative, Imagination Library.

But it is her songs that she is probably most beloved for including her tale of confronting the other woman in “Jolene” to the famous theme song to the movie “9 To 5” to Whitney Houston’s chart topping rendition of “I Will Always Love You” to Parton’s work with fellow artists Kenny Rogers, Loretta Lynn, Tammy Wynette, Linda Ronstadt, Emmylou Harris and so many others. Another of her most cherished songs, “Coat Of Many Colors” inspired TV movies based on Parton’s childhood. There is almost nothing this woman has not tried or done in the last five decades. And currently 3.9 million followers on Instagram are eagerly awaiting her next move.

I have always thought of today’s song as the female take on Kris Kristofferson’s “Help Me Make It Through The Night”. It is from her 1977 album Here You Come Again & tells the story of a woman looking for company on a lonely night-a hook up, if you will. For a woman in any genre of music to tackle this subject in 1977 was controversial, but for a country artist it was down right risky. Yet for Parton it was a powerful statement that not only worked, it became a #1 song for two weeks in May 1978 & was featured in the 1979 film, “Norma Rae”. It is also one of the best vocals of Parton’s career. Happy birthday, Dolly.

“The amber sunset glow has died
My needs are very much alive
Is it ok if I stop by
It’s all wrong, but it’s all right“.

There are songs from my childhood that have followed me my entire life. I may have lost track of them occasionally along the way but then they always find me and usually at the most unexpected times. I remember watching the 2003 movie, “Stuck On You” (Greg Kinnear was a RIOT!!!) and hearing the melody of today’s song. Immediately my memory started humming along with it and suddenly I was singing the chorus. The supreme version in the movie was by the sorely underrated musician Pete Yorn. The original was by Albert Hammond. (His son, Albert Hammond Jr., is the guitarist for The Strokes).

Today’s track may be what Hammond is best known for as a singer & songwriter but he also co-wrote other big hits including “The Air That I Breathe” by The Hollies (1974), “When I Need You” by Leo Sayer (1977), “To All The Girls I’ve Loved Before” by Willie Nelson & Julio Iglesias (1984), “One Moment In Time” by Whitney Houston (1988) and over a dozen others. Hammond is also credited as a co-writer for the song “Creep” by Radiohead (1992) because the band admitted they based that song on “The Air That I Breathe”. But no matter how many other tunes Hammond has helped create, it is today’s song, released October 21, 1972, that I will cherish forever. Swoon.

Is it weird that one of my favorite versions of today’s song is from a 1996 “Saturday Night Live” (SNL) skit?  It featured two of my favorite regulars, Will Ferrell and Molly Shannon, along with a very funny Whitney Houston a few years after “The Bodyguard” was released.  The skit is hilarious and ends with her and Shannon trying to out-sing each other on this song.  No, I don’t think it’s weird.  I think it would be strange if I did not appreciate this fabulous piece of pop culture.  Another one of my favorite versions of today’s song is by a 1960’s girl group who not only gave us some great music, but also helped to introduce all of us to another part of pop culture-The Wall of Sound. 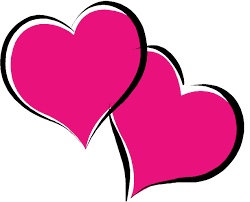