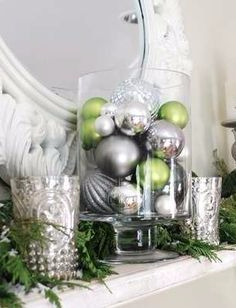 “Elf” has become one of the most beloved Christmas movies ever since its release in 2003.  One of the most cherished scenes in the film is when Will Ferrell’s Buddy character first arrives in NYC , going around the revolving doors, grabbing the flyers, getting his elf shoes polished and so on.  Do you remember the song that was playing during these scenes?  Think hard…..can you hear it in your head???  It is “Pennies From Heaven” by Italian trumpeter & bandleader, Louis Prima.

That song was originally recorded by Bing Crosby in 1936 for the film of the same name.  Prima recorded his version later that same year.  And that is probably not the only song you know by him.  Remember Brian Seltzer of “The Stray Cats”?  Well, his 1998 song, “Jump, Jive an’ Wail” is a cover of Prima’s 1956 version.   With the new popularity of the song in 1998, The Gap used the original in one of its commercials that year.

And who can forget David Lee Roth’s first solo record, “Just A Gigolo/I Ain’t Got Nobody“?  That was also a Prima cover, which he played in his Vegas shows in the mid 1950’s and it helped to revitalize his career.  It also became his signature tune.  Check out Prima’s version in this fun clip from 1959.  You will notice that while different singers perform these songs in different eras, they are basically the same songs note for note.  Prima’s versions are that good there was no room to improve on them.   But what else should we expect but greatness from an Italian in the arts???   🙂

Now that you know you like Prima’s music, you are going to love today’s Christmas song pick.  Released the same year as “Pennies”, this song became a staple of his Christmas shows because, after all, why shouldn’t Christmas songs swing???   🙂

Louis Prima:  “What Will Santa Claus Say (When He Finds Everybody Swingin’)“

Whether you are celebrating Valentine's Day, Galentine's Day, the eve of a three day weekend or just the fact that it is Friday, ENJOY!!! I am sharing another #thriftedfindsfriday on the blog today. Link in my bio. Please post some of yours. I would love to see them!!! #valentinesday2020 #galentinesday #thankyouanypoehler #lilacsandrustblog
Are you celebrating Valentine's Day or are you denying its existence? Either way I have a song for you on the blog today. Link in my profile. #valentinesday2020 #lovesongs #stupidorsmartcupid #lilacsandrustblog