If you remember any part of the 1980’s, then you know Quincy Jones was a huge part of music in that decade. He was the producer behind Michael Jackson’s biggest albums (Off The Wall, Bad, Thriller) & USA For Africa’s 1985 charity song, “We Are The World”, to name just a few of his accomplishments. Jones began his musical journey as a trumpeter when he was about ten years old. When he was 14 he met Ray Charles and the two remained friends & collaborators until Ray’s death in 2004.

Jones left a scholarship at Boston’s Berklee School of Music in the early 1950’s to work for bandleader Lionel Hampton. Jones would eventually work with everyone from Sarah Vaughn, Count Basie, Ella Fitzgerald, Frank Sinatra, Duke Ellington & so many others. And if all that was not cool enough, Jones married Peggy Lipton (Julie from “Mod Squad”) in 1974.

He turns 88 today, born on March 14, 1933 in Illinois. One of my favorite songs by him came out in 1989 and featured his buddy Ray Charles & Chaka Khan on vocals. Happy birthday, Quincy Jones.

“We’ve been together
For so very long
I’d hate to break up
Break up my happy home”.

In 1962 trumpeter, songwriter, vocalist and bandleader Herb Alpert founded A&M Records with his business partner, Jerry Moss.  The name of the label came from the first letter of both men’s last names.  It took six years for the record company to have its first number one record when today’s song by Alpert hit the top spot in June 1968 for four straight weeks.  It was also his first number one song and the first for the songwriters, Burt Bacharach and Hal David.  After that the record company and all three men were off for a fabulous ride.  By 1972 the label was one of the most successful in the world.

It was sold in 1999, but during its 37 year run it was home to diverse artists such as Billy Preston, The Carpenters, Peter Frampton, Procol Harum, Cat Stevens (n/k/a Yusuf), Quincy Jones, Carole King, Barry White and a host of others.  But Alpert remains my favorite of them all thanks to his 1965 album, “Whipped Cream & Other Delights”, and today’s song thanks to his soft easy vocal and the absolutely lovely lyrics by Hal David.

“My hands are shakin’ don’t let my heart keep breaking ’cause
I need your love, I want your love
Say you’re in love, in love with this guy
If not I’ll just die“. 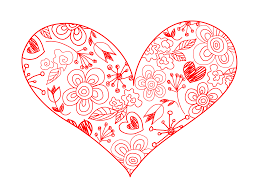