Today Veronica “Ronnie” Spector turns 77 years young.  But to anyone who remembers her vocals with her group, The Ronettes, or on Eddie Money’s 1986 song “Take Me Home Tonight”, she will always be the epitome of a girl group singer.  As far as that genre goes, it is hard to get much better than The Ronettes.  Their sound, their harmonies, their looks including those beehives hairdos were just the definition of cool (now you know who Amy Winehouse patterned her look after).  I think if you were a girl coming of age in the 1960’s and you liked music, that group was where it was at.  Hits like “Baby, I Love You”, “Walking In The Rain”, “I Can Hear music” and today’s song showcase only a percentage of their incredible vocal abilities.

Think about this:  The Rolling Stones were The Ronettes opening act on their 1964 U.K. tour and the women were the only girl group who toured with The Beatles in 1966.  How incredible is that?!?  Ironically enough it was the success of those bands and the rest of the British Invasion that led to the decline of The Ronettes’ popularity.  They only recorded one album together, 1964’s “Presenting the Fabulous Ronettes Featuring Veronica” before they broke up in 1967, relying on only hit singles for much of their success.  But they had a great run and girls like me still believe in their songs and in the power of big hair.

“So won’t you say you love me
I’ll make you so proud of me
We’ll make ’em turn their heads
Every place we go“. 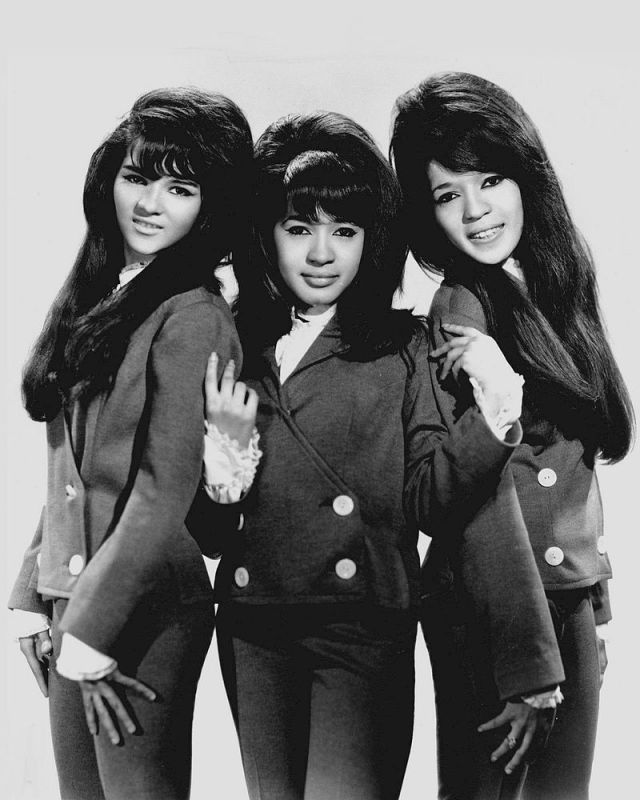 The Ronettes:  “Be My Baby” (1963, written by Jeff Barry, Elle Greenwich and Phil Spector).