I started watching “General Hospital” when I was in high school.  I used to hear my orchestra teacher discussing the story lines with some of the other students and was intrigued enough to watch it myself.  It was around the start of the whole Luke & Laura (Tony Geary & Genie Francis) era.  Needless to say I became a fan as well and fell in LOVE with Lucas Lorenzo Spencer.  Not long after their epic wedding in 1981, both actors decided to leave the soap, with Francis exiting first followed by Geary in 1983.  But unlike Laura, Luke was not going to be presumed dead.  So the writers gave him a great farewell episode in which he had the chance to say goodbye to his onscreen family and by extension, the fans.

Each time he met with characters like Robert, Tiffany, Bobbi, Ruby and others, one song played in the background.  It was a simple poignant wonderful song of love that fit so well to each scene and seemed so appropriate for the fiery eclectic Luke character.  He started out as this outsider, a bit of a loner who suddenly found his great love but continued living his life with such force.  I was so happy the powers that be at GH used an existing song by a great artist rather than something their music department composed.  It seemed to give more emotion to the scenes and more weight to the character.  But then again when isn’t a James Taylor song a great choice for an emotional moment?

“You can run but you cannot hide, this is widely known.
Tell me, what you plan to do with your
Foolish pride when you’re all by yourself, alone.
Once you tell somebody the way that you
Feel, you can feel it beginning to ease.” 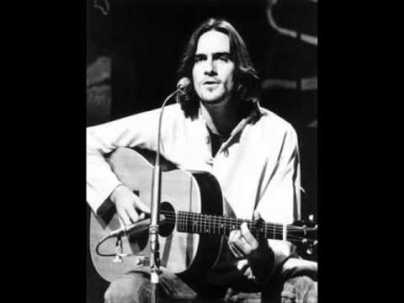