From the time I was a small child I have had nightmares.  Sometimes they were so bad they would wake me up and then I was too scared to go back to sleep.  When I was really young and lived in the city, I would look out the window for a while before I felt comfortable enough to go back to bed.  There were two things I always saw:  one was a building several blocks away that had a flashing red light on the roof.  It became a beacon of safety for me.  As long as the light was blinking I was OK.  The other thing I saw was a giant movie screen at a local drive-in movie theatre.  Sometimes I could even see the images on the screen.  It was like my own private viewing.  Then we moved to the suburbs so when I was a teenager and needed something to soothe me back to sleep, I would turn on the small black & white television I had in my room.  Thus began my great and long standing vice of going to sleep with the TV on that continues to this day, although now it is usually watching Hulu on my laptop, but you get the general idea.

I loved being awake when no one else was.  It was like I had the whole world to myself.  I might have been physically alone while the rest of the house was asleep, but I felt secure in my little world of the TV and me.  It had been my haven since I was young, introducing me first to heroes like Mr. Rogers and the Peanuts, and later on to the soap opera families I came to love.  But when I was growing up there were usually only movies on during the late nights so that is what I watched.  Some of them were good, some of them were bad and a few of them were outstanding.  One of the ones from the latter category was Harold & Maude.  My world took a 180 degree turn the first time I saw that film.  It was an unbelievably great quirky movie.  It also had a soundtrack that was spectacular, and not just because it featured Tchaikovsky’s Piano Concerto 1.  I first heard that during fifth grade thanks to my teacher, Mr. Larsen.  He played classical music everyday during our history lesson.  I will love him forever for that.  But I digress.

The rest of the soundtrack introduced me to singer/songwriter Cat Stevens (n/k/a Yusuf), who wrote and performed all the other music for the film.  I was blown away by the simple elegance of his storytelling.  Each song was so on point with the scene it was played in.  “If You Want To Sing Out” played while Harold & Maude were frolicking together, while “Trouble” played when Maude was rushed to the hospital.  A few of the songs were borrowed from Stevens 1970 album, “Tea For The Tillerman”, which unbelievably turns 50 this year.

I adore Cat Stevens.  I missed him when he left music and turned his back on that part of his life which meant so much to me and millions of other fans.  But for over a decade now he has started to embrace singing and performing again.  I remember being awake after a nightmare in 2007 and found this beautiful man singing at a Live Earth Day Concert in Hamburg.  We had come full circle.

I discovered he had released an album a year earlier and was slowly reintroducing himself back to audiences.  In 2014, I had the honor of watching his induction into the Rock & Roll Hall of Fame where he performed today’s song, “Father & Son” and “Peace Train”.  Later that year, I traveled to Pennsylvania to see him in concert for that year’s release, “Tell ‘Em I’m Gone” featuring the gorgeous “Dying To Live”.  And over the last month he has been posting messages of hope on his Facebook page to help those struggling with the self quarantine and the pandemic.  I know what music was like without this man, and I am incredibly grateful he came back, and for all the great songs he has given us, including today’s, from the Tillerman album.

“You know I’ve seen a lot of what the world can do
And it’s breaking my heart in two.” 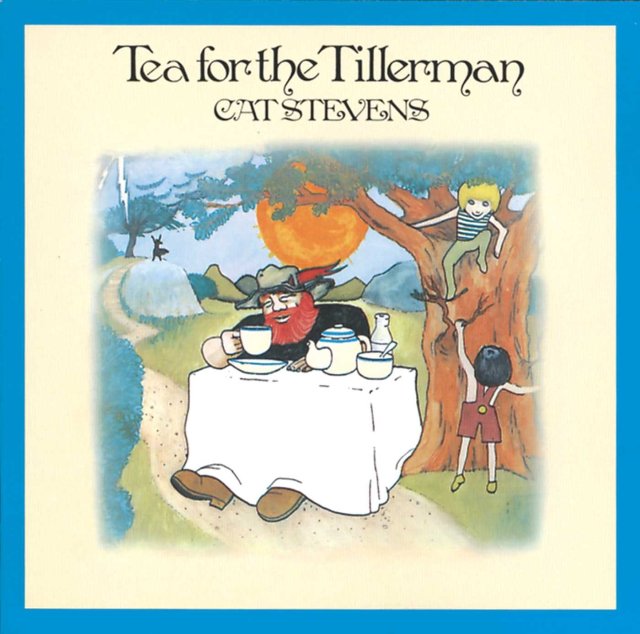 I do not own the rights to anything except the 2014 HOF picture.  Everything else is just me sharing what I love and how I am coping with you.