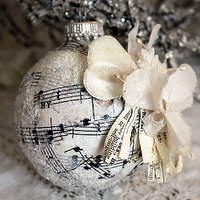 Music has been my refuge for as long as I can remember.  It enriches my mind, my heart and my soul.  It pulls me through when I do not think I can take another step.  It inspires me when I am at a loss.  And at Christmas, it sometimes makes me sad.

Yes, the holidays are tough and bittersweet for those of us who have lost loved ones, so we may not feel very festive in every moment throughout the season.  But another reason I sometimes get sad at Christmas is because I hear this song.

We lost the singer 37 years ago today, but I know myself and many others never recovered.  His death ended a beautiful dream that began on February 9, 1964 when he and the rest of his band played on the Ed Sullivan Show for the first time, changing music and the world for the better.  Any chance the four original Beatles would ever reunite died with this man on December 8, 1980. 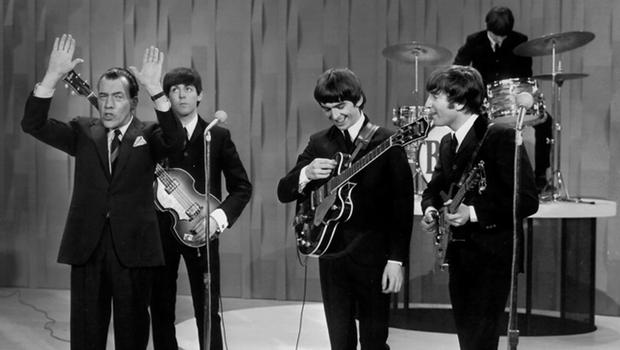 Ed Sullivan with The Beatles circa 1964 (original source unknown).

There are all the obvious reasons why his death is so sad:  he was only 40 years old, he had two sons, one who was only five at the time, he was enjoying a resurgence in his career after taking five years off to become a house husband & stay at home dad by his own choice, he had a wife he loved and together they were living the dream in NYC.

You may not have liked him or his music, but the one thing about him no one can dispute is that this man’s dream for our world was peace.  He told us so in his bed-ins for peace in the 1960’s and in his song “Give Peace A Chance”.  And just in case we missed it, he shared his dream with us again in the 1970’s in his song “Imagine”.  Almost four decades later and I still cannot reconcile how a man who did so much in the name of peace died in such a horrible violent way.

I am sad that he is not here for his wife, his sons, the music industry, the world and myself.  We all lost so much but no matter how much I grieve this loss, every year when Christmas rolls around and I start hearing this song on the radio, I feel so sick inside I just want to cry. 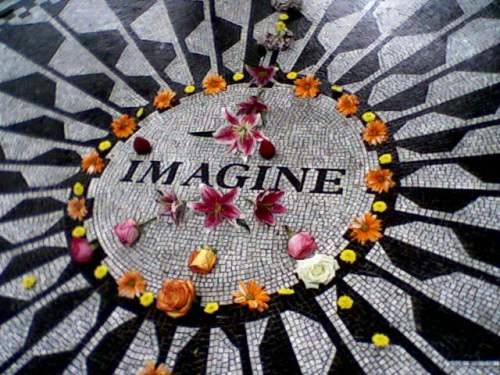 Artists all over the world have done tributes to him since his death, but my favorite is Ozzy Osbourne’s cover of “How“.  He recorded it seven years ago to honor what would have been this man’s 70th birthday.  Even if you do not like Ozzy, watch the video.  The ending is beautiful.  And so is today’s song, even though it makes me sad.