I know we are in a serious situation, but I need a break from the gloom, doom and bullying by way of hoarding. Music has always been my refuge and watching those beautiful Italians singing to each other from their balconies reaffirmed my belief that music is the answer. So until the old normal returns, I am going to share a song I listen to that helps me escape the current state of things, if only for a few minutes each day. And if this helps anyone else, even better.

Today’s song is less than three minutes long but the first time I heard it my whole life changed.  And every time I have heard it since I am overwhelmed by two very distinct emotions:  sheer utter joy and deep heartbreaking sadness.  I am elated that Otis Redding was here on earth, albeit too briefly, to give us every recording we have of him.  But I am unbearably sad that he died at the age of 26.  Of all the artists who died young, I believe his was the most tragic.  Not only because we lost his immense talent, but because he left a young wife and three small children behind.  The four of them have worked tirelessly for the last 50 years to keep his music and legacy alive.  However, even without those efforts, the legend of the man crowned “The King of Soul” is not one that could ever be erased, despite the fact that his career lasted only five short years.

Redding wrote many of his own songs and gave one of them to Aretha Franklin who turned “Respect” into a monster hit and eventually her signature tune.  He began writing today’s track a few weeks after his renowned performance at the Monterey Pop Festival in June 1967.  He went on to write the rest of the music and lyrics with his friend Steve Cropper, the guitarist for the group, Booker T & the MG’s.  However, Redding was still working on ideas for additional vocals for the record when he died in a plane crash on December 10, 1967.  So the task of completing the song fell on Cropper who did so despite his own grief over his friend’s death.  The result became a number one song in March 1968 and one of the greatest recordings of all time.  It holds the number two spot on my top ten list of favorite songs of all time. 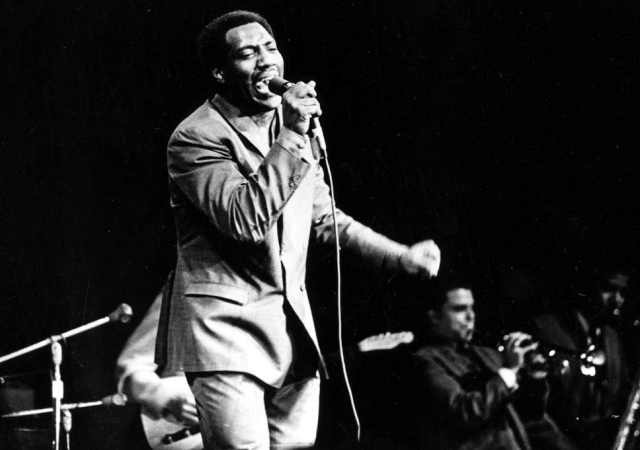