We lost today’s artist, Roy Orbison, 30 years ago this month.  He started his career in the late 1950’s at Sun Records but eventually moved to Monument Records in the 1960’s where he met Willie Nelson, who wrote today’s song.  The 1980’s saw Orbison in a  career resurgence thanks to his part in the super group, Traveling Wilburys.  Bruce Springsteen is a huge fan of his, even immortalized Orbison in “Thunder Road”  (“…as the radio plays…Roy Orbison singing for the lonely…”) and inducted him into the Rock & Roll Hall Of Fame in 1987.  Springsteen and several other musicians took part in HBO’s “Roy Orbison & Friends:  A Black & White Night” which was filmed a year before Orbison’s death.

He began his career singing emotional ballads in an almost operatic style underscored by his wide vocal range.  Many of his songs were about lost love (“Crying”) or losing love (“Running Scared”) or just admiring someone probably out of his league (“Oh Pretty Woman”).  Even his one contribution to holiday music is sad, but the chance to hear his fabulous unique voice anytime of year is worth it. 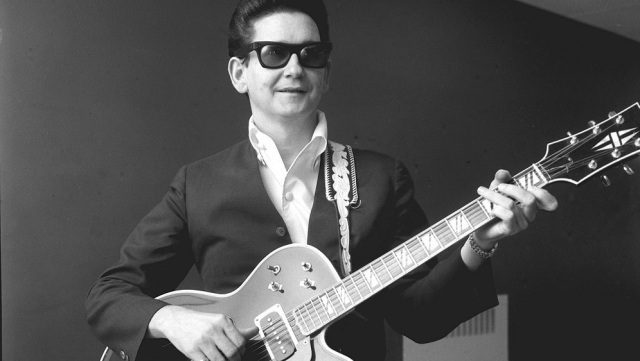