September 17th marked the 97th birth anniversary of country’s first and arguably greatest star, Hank Williams. Born in Alabama in 1923, Hiram “Hank” Williams began playing guitar around age 14. By 1938 he was already playing in a band, “Drifting Cowboys”. In 1946 he recorded for Sterling Records which led to a contract with MGM Records and his first hit, “Move It On Over”. When he moved to Nashville in 1949 he was on his way to achieving his legendary status with songs like “Hey Good Lookin'”, “Your Cheatin’ Heart”, “I Can’t Help It (If I’m Still In Love With You”) and today’s track.

Williams, who was born with the disease spina bifida occulta, suffered intense back pain because of this condition. It led to an early reliance on alcohol to help cope with it but eventually he formed a dependency on it that began to interfere with his personal life as well as his musical career. His alcoholism became so bad he was fired from The Grand Ole Opry in August 1952. He died en route to a show on January 1, 1953 at age 29. But with the songs he wrote and recorded his legacy as a musical powerhouse was already sealed.

He was awarded a Pulitzer Prize Special Citation Award in 2010 “for his craftsmanship as a songwriter who expressed universal feelings with poignant simplicity and played a pivotal role in transforming country music into a major musical and cultural force in American life”. Williams influenced everyone from Elvis Presley to Bob Dylan to The Rolling Stones to countless country artists. His songs have been covered by Al Green, Johnny Cash, Patsy Cline, Jerry Lee Lewis, Roy Orbison, Norah Jones, Jeff Buckley and an array of other artists in many different genres. He remains one of the top legends in music nearly seven decades after his death. He was just that great.

“Hear that lonesome whippoorwill
He sounds too blue to fly
The midnight train is whining low
I’m so lonesome I could cry“. 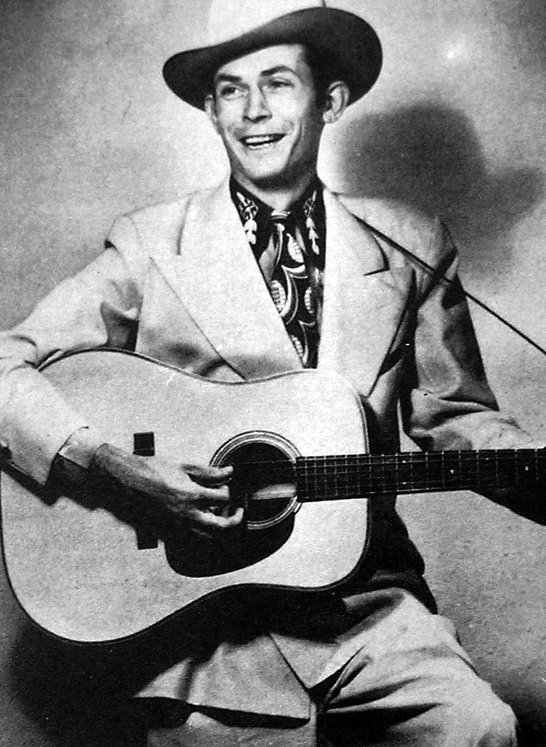