When Art Garfunkel was putting together his first solo album, 1973’s “Angel Clare”, he recorded music by acclaimed songwriters such as Van Morrison, Randy Newman and Paul Williams.  But when it came to choosing the first single, he picked today’s song, which was one of two tracks written by one of my all time favorite songwriters ever, Jimmy Webb.  He, of course, is the genius behind “By The Time I Get To Phoenix” & “Wichita Lineman” (Day 69) (both made into hit songs by Glen Campbell in 1967 & 1968, respectively), “The Worst That Could Happen” (a hit for Johnny Maestro & The Brooklyn Bridge in 1968) and other gems.  “Lineman” is my favorite tune of Webb’s, but I think today’s song is one of the best love songs I have ever heard.

Garfunkel’s rendering was a top ten hit in 1973 and it was featured prominently on the show “Nip/Tuck” during season two’s Ava Moore storyline.  Webb did his own version of this song as a duet with Linda Ronstadt on 2010’s “Just Across The River” with only an acoustic guitar added to their voices and it is absolutely lovely.  Former Doobie Brother Michael McDonald and his wife, Amy Holland, recorded their own version as part of a soundtrack to the ABC soap opera, “One Life To Live” in 1994 and it is spectacular.  But Garfunkel’s vocal performance and the gorgeous arrangement make this version my absolute favorite. 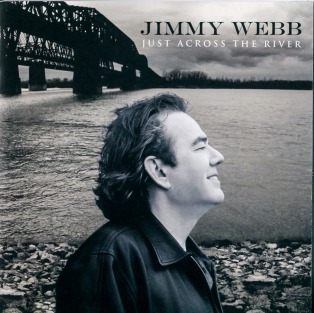